60 Sunny Years: SUSU’s Nepryakhino Sports and Recreation Complex is to Celebrate its Anniversary

For 60 years already South Ural State University’s recreation complex invites to take a break from the city, from working, studying and bustling and get submerged into the special atmosphere of unity and warmth during summer. Berezka Children’s Recreation Camp, Olimp Students’ Sports and Recreation Camp and Nauka Recreation Compound for academic staff get united into one space connected by interesting ideas and traditions. The recreation complex is located in one of the most beautiful places of South Ural – at the coast of the Bolshoy Sunukul lake, in forest area of the Nepryakhino settlement of the Chelyabinsk region’s Chebarkul district. Director of the Nepryakhino SRC, Rasima Fakhretdinova, told us about how the complex has changed over the last 60 years, what are the main types of activity for the visitors, and what are the plans for the future.

– Tell us about the history of Nepryakhino SRC.

– This year, the Complex is celebrating its 60th anniversary; it started with small wooden cabins, but today all that is left from that time is only barracks intended for 10 campers. The first dormitory block was constructed in 1975. Reconstruction and capital repair of all cabins started in 2014 and were only finished in 2017. Today all the cabins are new, and we improve the Complex each year. Initially, Olimp Student’s Camp was a tent camp which had space for 100 tents. So traditionally, on each anniversary we put up a tent.

– Who can come to Nepryakhino SRC?

– There are not only children of the university’s employees camping in Berezka Children’s Camp but also other children from Chelyabinsk. Olim as well includes students coming from other universities. Nauka Recreation Compound operates all year round; of course, there are many visitors during summer; we can place  350 people maximum. There are usually SUSU’s teaching staff and employees spending their leisure time at the Recreation Compound.

– What are the usual activities of the campers?

– When the weather is good, the campers surely need nothing else but the beach. This is especially true for teaching staff; they need nothing but some rest and silence. Students have their own program in the camp, each year the program is new. At Children’s camp, campers are always occupied by some activities; there are sport games, art classes and many other activities organized for them.

– In September, Nepryakhino SRC celebrates its 60th anniversary: what has changed over these years? What are the plans and prospects?

– First of all, we are planning on a total reconstruction of the canteen. It will have the second floor and a conference hall for 200 people. We will also keep trying to make vacations in the Complex to be modern and enjoyable. 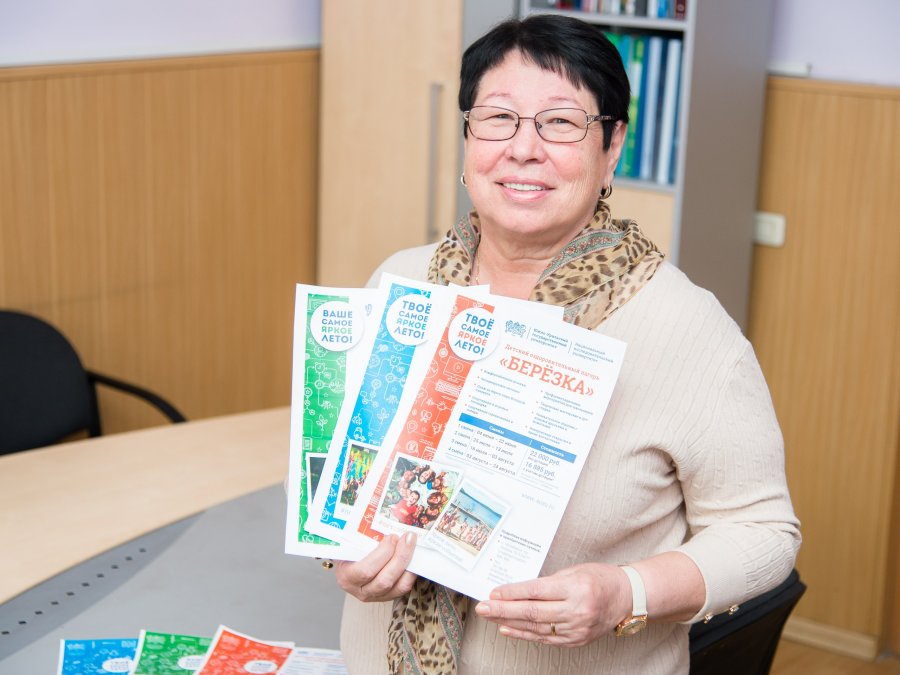